Has “Science” Been Co-opted by Corporations to Squash Alternative Views?

The term “science” has grown to be more than an area of study, seeking to hypothesize and theorize about our world. It has become more than a framework for exploration. In its purest form, it has no “limits” and could theoretically embrace non-material, metaphysical aspects of our existence. Yet, in our modern age, science has become corporatized and dogmatic- more worried about pursuing money than about pursuing what makes our universe “tick”.


More than this, many prominent scientists have taken Newtonian “[only] that which can be measured exists” materialism and become as narrow-minded and oppressive as organized religion became during the Middle Ages, the Crusades, and Inquisitions culminating in Salem during the so-called Witch Trials. For instance Maria von Monjou (arguably the inventor of the biological microscope) was drowned as a witch in 1552 (See http://gameo.org/index.php?title=Maria_of_Montjoie_%28d._1552%29). To be sure, the powers behind these oppressive movements were serving their own interests, but they did so under the banner of “religion”. Could the same be said of today’s science? But maybe the intrigue runs deeper? 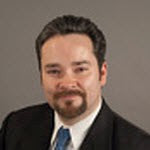 Robert O’Leary, JD BARA, has had an abiding interest in alternative health products & modalities since the early 1970’s & he has seen how they have made people go from lacking health to vibrant health. He became an attorney, singer-songwriter, martial artist & father along the way and brings that experience to his practice as a BioAcoustic Soundhealth Practitioner, under the tutelage of the award-winning founder of BioAcoustic Biology, Sharry Edwards, whose Institute of BioAcoustic Biology has now been serving clients for 30 years with a non-invasive & safe integrative modality that supports the body’s ability to self-heal using the power of the human voice. Robert brings this modality to serve clients in Greater Springfield (MA), New England & “virtually” the world, with his website,www.romayasoundhealthandbeauty.com. He can also be reached atromayasoundhealthandbeauty@gmail.com