Releasing Fears Before They Manifest 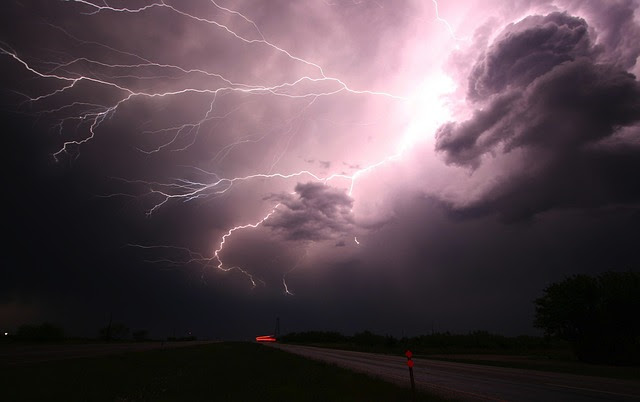 Do you know what you're afraid of? Awareness of a fear is the first step to releasing it, someone who isn't aware of their fears is controlled by those fears. People don't like to think of themselves as being afraid though, people would rather think of themselves as brave, it's a matter of pride. The fears are stuffed down into the unconsciousness so they don't have to be acknowledged. This is probably the worst thing you can do though, as in the unconsciousness is where the fears fester, multiply, and eat away at the person.
Uncovering the fears is quite simple, simply pay attention to your behavior, it will give away the fears. Look at what you avoid, is it simply because you don't enjoy that thing, or is there a deeper reason? Look at what you attack or condemn, especially when it stirs up anger or hate, what's behind that? Also, things you aggressively defend such as beliefs, possessions or other people, are you afraid of losing something? When you get all riled up emotionally, there's a fear somewhere behind those emotions.

Your mind is like a house, and the thoughts are your guests. Fears are obnoxious and unruly guests who will trash the whole house if unchecked. A mind without Awareness is like a house where the owner has left and rowdy guests have taken over. The guests aren't going to leave on their own, they like being in control of the house even while they destroy it.
Awareness is the first step, a fear that you're conscious of doesn't have the same kind of power. It's manageable, but wouldn't it be far better to be free of that fear entirely? Your fears attract what you don't want into your life, fear keeps people living unconsciously, keeps people enslaved, keeps people searching outside of themselves. Fear keeps you locked in the same patterns, it kills growth.
Releasing fears is simple, yet your mind makes it complicated. How do you let go of a physical object? You simply stop holding on to it, the same is true with fear. Your fears stick around because you feed them your energy, you cling to them. You give your fears "life", either consciously or unconsciously. It may seem your fears have a grip on you, but that's just part of the illusion fear creates. It's really you that is holding on to them.
You can release your fears before the situation that you fear arises. In fact, dreams are great for doing this, but you don't have to be dreaming either, simply imagine a situation that you fear. If you're afraid of heights, afraid of falling to your death, imagine yourself standing on the edge of a cliff, looking down. The fear will arise, and depending on your imagination, it may be just as strong as if you were really there. It's an unpleasant feeling, isn't it? There will be the urge to avoid the fear, to run away from it, and that is precisely the kind of behavior that empowers fear. Don't back down, really look at the emotions. When you feel the fear completely, a funny thing happens, the fear loses its power over you.
Fear is nothing more than negative emotions. As far as thoughts go, they're weak, minor ones. Your mind makes mountains out of molehills though, and gets you believing they're big, scary things. Awareness of the fear, looking at it without backing down, reveals its true nature. Suddenly it's something you have control over, whereas unconscious fears have control over you.
You can repeat the process I mention above with any fear, I just used a common one as an example, the fear of heights. If you're afraid of public speaking, you can imagine that scenario, if you're afraid of losing your teeth, you can imagine that scenario. Another thing to understand is that it's not always a quick and easy process. Don't get discouraged if you don't fully release a fear on the first attempt, or even on the hundredth attempt. Sometimes it's only a little bit of release in each instance. Of course, any technique is ultimately limiting in the long run. If you get attached to it, it's a restriction upon your consciousness, so if it doesn't work for you, let it go!
A final consideration: Fear is always rooted in attachment, fear of heights is usually a fear of death, which is attachment to the physical body. Fear of public speaking is usually fear of embarrassing yourself, which is attachment to the ego. The release of attachments and the release of fears are deeply connected, attachment is the fear of loss. The funny thing is that as you release your fears/attachments, you get closer to Oneness, and you don't lose anything except your illusions. Nothing is lost, and Everything is gained, the exact opposite of what the mind is afraid of.

Source: The Galactic
Posted by Brandon Adams at 11:42 PM