Here’s the good news: banks will be obsolete in 10 years

Sovereign Valley Farm, Chile
Every few centuries or so, an amazing new technology comes along that fundamentally changes human civilization.
There are so many other examples throughout history. The Agricultural Revolution. The Industrial Revolution. The invention of the printing press.
The printing press was a particularly interesting parallel for what’s happening today.
Before the printing press, people were living in the dark. Their information was heavily controlled, and they were forced to rely on the ‘authorities’ for personal, financial, educational, and spiritual guidance.
The printing press changed everything. It was an extraordinarily powerful social technology that spawned entire political revolutions and the rapid advance of human education.
In Europe, the number of printed books went from millions to literally billions.
Suddenly information became extremely difficult for governments to control. Ideas became unconstrained. Antiquated political regimes were brought down. And intellectual achievement flourished.
We are now in the early stages of a brand new transformation brought about by yet another technological advancement—the Digital Revolution.
And it’s changing everything, from how we do business to how we meet and engage with one another.
Most importantly, the Digital Revolution has created the ability to bring together literally millions of people and spread ideas quickly and efficiently. Information cannot be controlled.
This has the power to make entire industries obsolete. And banking is one shining example.
‘Modern’ banking is still based on the same system that has been in existence for at least a century.
Yeah, sure, they all have websites now. But this doesn’t make them high-tech.
At their cores, banks are still 19th-century fractional reserve institutions that take in money from depositors, make irresponsible loans and investments, keep razor thin margins of safety, and beg for bailouts when the system breaks down.
And along the way they find every opportunity to screw consumers.
Moreover, commercial banks have de facto control over entire economies.
They nominate representatives to serve on the boards of central banks, who in turn establish interest rate policies and give free loans right back to the commercial banks with money that they’ve conjured out of thin air.
The system is incestuous and obscene. But now things have changed.
Today, every possible function of a bank, from savings to loans to money transfers, can now be done faster, cheaper, and more efficiently by new technology, courtesy of the Digital Revolution.
Websites like Transferwise or Azimo make it possible to send money across the world at negligible cost.
Social media sites provide the opportunity for people to exchange currency with one another without the need of an absurdly-priced money broker.
You can also obtain a loan or investment capital online from crowdfunding sites now, whether its for your startup company or mortgage for your home.
And you can even move your savings out of the banking system altogether—whether to new digital currency platforms, or something ancient and traditional like precious metals.
All of this technology already exists—it’s just a question of how quickly it will be adopted.
Unsurprisingly, millennials are leading the charge.
According to a report by (ironically) Goldman Sachs, 33% of millennials surveyed said they don’t expect to need a bank in five years, and 50% are counting on tech startups to entirely overhaul banks.
And I expect that in 10 years’ time, the technology and adoption will have progressed to the point that today’s banks will be entirely obsolete.
Thomas Jefferson once wrote that “. . . power should be taken from the banks and restored to the people, to whom it properly belongs.”
It took two centuries. But now it’s actually starting to happen.
Our goal is simple: To help you achieve personal liberty andfinancial prosperity no matter what happens.
If you liked this post, please click the box below. You can watch a compelling video you’ll find very interesting.
Will you be prepared when everything we take for granted changes overnight?
Just think about this for a couple of minutes. What if the U.S. Dollar wasn’t the world’s reserve currency? Ponder that… what if…
Empires Rise, they peak, they decline, they collapse, this is the cycle of history.
This historical pattern has formed and is already underway in many parts of the world, including the United States.
Don’t be one of the millions of people who gets their savings, retirement, and investments wiped out.
Click the button below to watch the video. 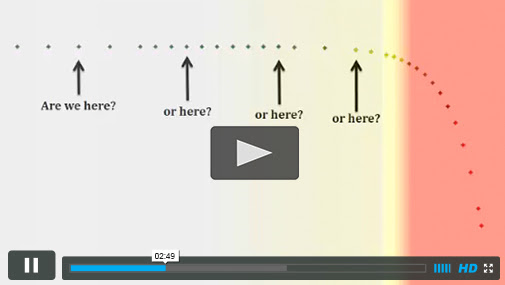 Click Here to Watch the Video
About the author: Simon Black is an international investor, entrepreneur, permanent traveler, free man, and founder of Sovereign Man. His free daily e-letter and crash course is about using the experiences from his life and travels to help you achieve more freedom.by Simon Black on April 2, 2015