Dreams Of Hope And Happiness In Turbulent Yemen


It's hard to think about Yemen in a hopeful way. In fact, the country seems like the very definition of hopelessness.
It's the poorest country in the Middle East. Al-Qaida is on the scene. And Yemen is now in chaos. Internal factions are on the verge of civil war, suicide bombers just blew up two mosques, Saudi Arabia has started bombing the country.
But there is another side to Yemen. Photographer Stephanie Sinclair has visited three times, most recently in 2012. "I think people see it as a very hostile place. I really found the people there to be very, very kind and very welcoming. They have a gentle sweetness."
We spoke with her about her impressions.
Was it hard to work as a woman in such a conservative society?
I get asked that a lot. You know, yes and no. I think that I always find that there are some advantages and some disadvantages working as a woman in a conservative society. I had a lot more access to [photograph] women, for example. 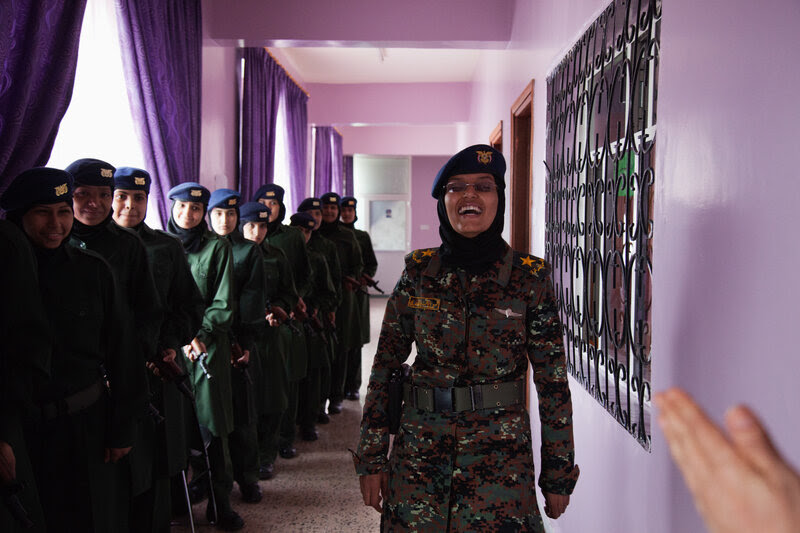 Gritty in pink: The officers chose the color for this female counter-terrorism unit at a base in Sanaa.
Stephanie Sinclair/VII
One of your photos shows women being trained to do counter-terrorism work.
Around 1,500 serve in the police, and counter-terrorism is a big part of what they do. In airports, women can only be patted down by other women.
Even though it's a very conservative society, were there signs of Western influence?
I have found pretty much all over the world there's the influence of Western culture, no matter how remote the country. It might be clothing that's popular globally and exported at very cheap prices. There are influences in music, rap — these different ways. If I remember correctly, Muhammad, one of the boys I photographed, has some family members in the U.S. I made a video of him beatboxing in Yemen. 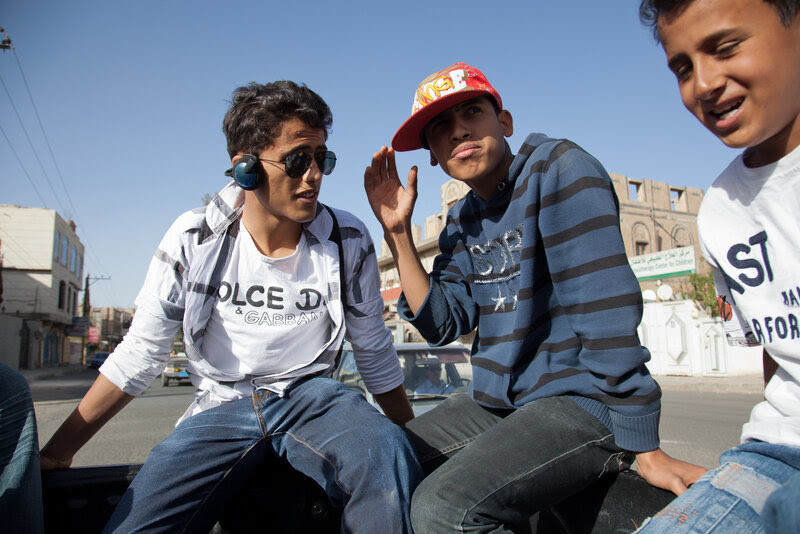 Western styles are showing up in conservative Yemen.
Stephanie Sinclair/VII
When you were there, what was the mood of the country? It was just after the Arab spring.
The tone was fairly optimistic. They were looking forward to a change in leadership, to things getting better. I feel absolutely horrible about what's going on now. I worry for my friends.
The people there are really generous and really want a better life. All of the civilians I spoke with wanted peace; most people just want to be happy. But in all of these wars, so many people are caught in the crossfire. 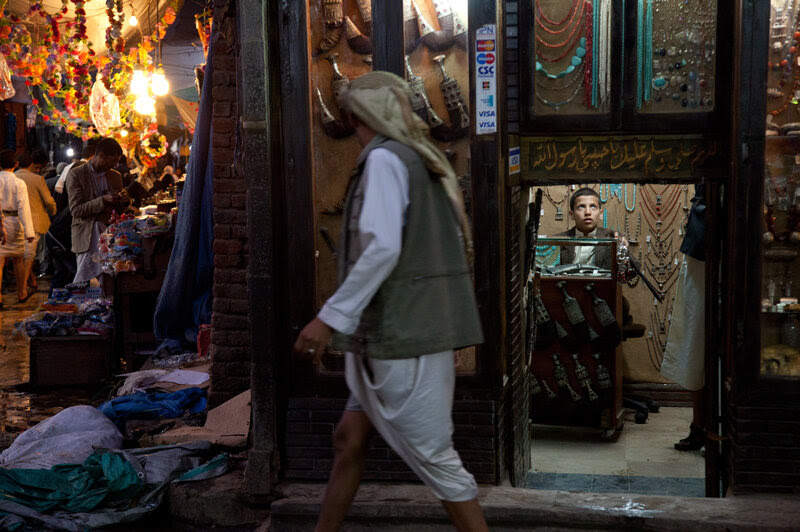 The old city of Sanaa is a World Heritage site.
Stephanie Sinclair/VII
Any special memories stand out from that last trip?
I photographed girls getting ready for school, wearing white headscarves. That's in the town of Sadah. Six members of their family sleep in the one room that's left of their house, which was pretty much in rubble from the fighting between the government and the Houthis [the Shiite rebels who have been fighting against the government]. The girls were lovely. One of the little girls made a toy house out of Styrofoam and had colored it and she gave it to me as a gift. I still have that.
That's kind of ironic because her family's house had been [practically] destroyed but she gave me this little house. 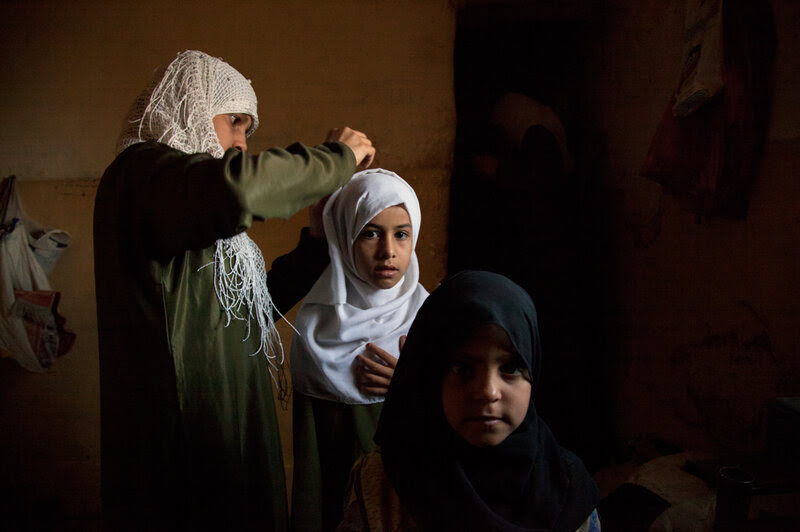 Girls in Sadah get ready for school.
Stephanie Sinclair/VII
I have to ask about qat – the mildly narcotic leaf that Yemenis love to chew.
Chewing qat is part of society. You have to get all the work you need to get done before 11. Then people break for lunch and right after lunch they go get their qat. It's a ritual: They buy the qat, they break the leaves off and make a pile and start chewing. This can happen until the wee hours. The women tend to not chew qat, but almost every man I met chews — and this is a male-dominated society.
It's hard to imagine a qat-chewing country could be in such turmoil.
Well, it's a stimulant.
Did you try it?
Of course I tried it. How could I not? It's such a big part of society and it's legal. It's a way to bond with people in the way that they bond. But I found it bitter. It's not my thing.

Posted by Brandon Adams at 6:46 AM