Can a Hug a Day Keep Infection Away? 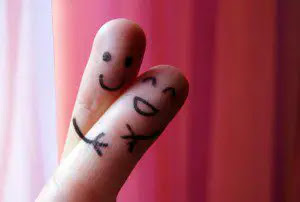 Infants deprived of touch typically experience developmental delays. Their growth is often impaired, as is their cognitive development. Rates of serious infections and attachment disorders also increase in children who have been deprived of this apparently innate need.1
There are other signs, too, that touch is much more powerful than perhaps we give it credit for. When premature infants are held, skin-to-skin, by their mothers, they have better cognitive skills, are more resilient to stress, and show more organized sleep, among other benefits, even 10 years later.2
This might be construed as a benefit more of maternal contact than touch, but even studies on nurses giving infant massage show the babies benefit from touch, even when it’s from a stranger (they have increased weight gain and earlier discharge from the hospital, for starters).3


Even nonhuman primates may spend up to 20 percent of their day grooming each other.4 We are born with this need for touch, but many of us are now touch deprived. One study found that people in France touch each other an average of 110 times per hour during conversation. In the US, that dropped to two times and in England, zero.5,6
As for hugs, perhaps the “Holy Grail” of touch, one study found that one-third of people receive no hugs on a daily basis while 75 percent said they wanted more hugs. This isn’t only a recipe for loneliness … it might increase your risk of catching a cold, too.
More Hugs Might Help Keep Infections Away
What Might You Gain from a 10-Second Hug a Day?
One study found, for instance, that women had lower blood pressure following a brief episode of warm contact with their partner.9 A 20-second hug, along with 10 minutes of hand-holding, also reduces the harmful physical effects of stress, including its impact on your blood pressure and heart rate.10
How Many Hugs a Day? At Least Four… Try for 12
Hugging Is Only One Option
Born and raised in the inner city of Chicago, IL, Dr. Joseph Mercola is an osteopathic physician trained in both traditional and natural medicine. Board-certified in family medicine, Dr. Mercola served as the chairman of the family medicine department at St. Alexius Medical Center for five years, and in 2012 was granted fellowship status by the American College of Nutrition (ACN).

It’s been shown that people who are under stress and in conflict with others are more susceptible to viruses like the common cold. Researchers from Carnegie Mellon University set out to determine whether social support, as gauged by hugging, might in turn be protective against such infections.
It turns out their hypothesis was right. Among 404 adults, those who had greater social support and more frequent hugs during conflicts were less likely to “catch” a cold after they were exposed to the virus.7 The hugs, researchers said, were responsible for about one-third of the protective effect.
According to the study’s lead researcher:8
“This suggests that being hugged by a trusted person may act as an effective means of conveying support and that increasing the frequency of hugs might be an effective means of reducing the deleterious effects of stress…
The apparent protective effect of hugs may be attributable to the physical contact itself or to hugging being a behavioral indicator of support and intimacy… Either way, those who receive more hugs are somewhat more protected from infection.”
If you’ve ever needed an excuse for more hugging, let it be this: hugging increases levels of the “love hormone” oxytocin. This, in turn, may have beneficial effects on your heart health and more. 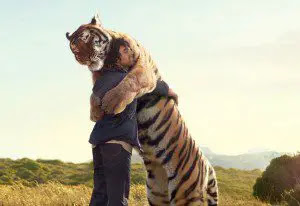 This makes sense, since hugging is known to lower levels of stress hormones like cortisol. Hugging also activates the orbitofrontal cortex in your brain, which is linked to feelings of reward and compassion.11,12 But research suggests there’s even more to it than that.
As reported by Mail Online:13
“The skin contains a network of tiny, egg-shaped pressure centers called Pacinian corpuscles that can sense touch and which are in contact with the brain through the vagus nerve. The vagus nerve winds its way through the body and is connected to a number of organs, including the heart.
“It is also connected to oxytocin receptors. One theory is that stimulation of the vagus triggers an increase in oxytocin, which in turn leads to the cascade of health benefits.”
A 10-second hug a day can lead to biochemical and physiological reactions in your body that can significantly improve your health. According to one study, this includes: Lower risk of heart disease, stress reduction, a boost to your immune system, the easing of depressive symptoms. 14
It has been described in the medical literature that “four hugs per day was an antidote for depression, eight hugs per day would achieve mental stability and twelve hugs per day would achieve real psychological growth.”15
Neuroeconomist Paul Zak, also known as “Dr. Love,” recommends at least eight hugs a day to be happier and enjoy better relationships.16 This may very well be the “hug threshold” that allows your body to produce ample amounts of oxytocin, which is released in response to physical touch.
This might seem like a tall order, but the growing popularity of “cuddle parties” and professional cuddlers gives merit to the fact that people are longing for more touch – even if they have to pay to get it.
There is some suggestion that hugs from strangers may be perceived as threatening and actually increase emotional burden and stress17 — but if you enjoy the idea of cuddling with strangers, a cuddle party might be good for you.
Of course, making an effort to hug the people close to you is one of the best ways to get more hugs in return. This can include your spouse, children, and other family members along with close friends.

With the already known and still-to-emerge health and quality of life benefits to be derived from the natural release of oxytocin in your body, your best course of action is to make sure you’re cultivating warm, loving, intimate relationships, no matter what stage of life you’re in.
Quite simply, the more oxytocin your pituitary gland releases, the better able you are to handle life’s stressors. Oxytocin decreases the level of stress hormones (primarily cortisol) your body manufactures and lowers your blood pressure response to anxiety-producing events.
Oxytocin quite likely plays a role in why pet owners heal more quickly from illness, why couples live longer than singles, and why support groups work for people with addictions and chronic diseases.
A full-body hug stimulates your nervous system while decreasing feelings of loneliness, combating fear, increasing self-esteem, defusing tension and showing appreciation.18 That’s an impressive list, but hugs aren’t the only option to benefit from the power of touch. If you have a pet, just a few minutes petting your dog or cat can promote the release of your body’s “happiness” hormones, including oxytocin. Since touch anywhere on your body, as well as positive interactions and psychological support are known to increase oxytocin levels, you might also consider:
Interestingly, past research has similarly found that positive emotions – including being happy, lively, and calm – also appear to play a role in immune function. One study found that when happy people are exposed to cold and flu viruses, they’re also less likely to get sick and, if they do, exhibit fewer symptoms.19 So while a hug a day (or more) will certainly be beneficial, so, too, will striving to be happy or, ideally, do both.

While in practice in the late 80s, Dr. Mercola realized the drugs he was prescribing to chronically ill patients were not working. By the early 90s, he began exploring the world of natural medicine, and soon changed the way he practiced medicine.
In 1997 Dr. Mercola founded www.Mercola.com, which is now routinely among the top 10 health sites on the internet. His passion is to transform the traditional medical paradigm in the United States. “The existing medical establishment is responsible for killing and permanently injuring millions of Americans… You want practical health solutions without the hype, and that’s what I offer.”
Visit www.Mercola.com for more information, or read Dr. Mercola’s full bio and resume here.