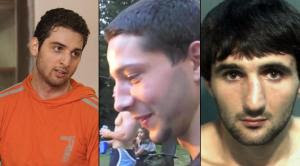 With the official government narrative of the 9/11 attack filled with a plethora of lies that have since been subsequently exposed, the next biggest “war on terror” event on US soil that the feds failed to stop was the April 2013 Boston Marathon bombings. And now the lone living suspect from that horrific crime that killed three people, left 17 limbless and injured 264 victims (though that number’s been accused of being purposely inflated) has now been found guilty of all 30 counts after the jury’s 11 hour deliberation earlier this week. As we mark the second anniversary of this tragic event and the second and final phase of the trial beginning on Monday that will decide the fate of Dzhokhar Tsarnaev – whether he’ll live out the rest of his life in prison or be put to death, a critical review of preceding events and developments surrounding his high profile, extremely significant case seems both timely and much needed.