Worried about a robot taking your job? Don’t be. Researchers and industry experts believe, provided technology development continues at its current rate, humans and robots will work in seamless collaboration in the future.

Most robots, particularly in industrial and manufacturing jobs, have historically been too dangerous to work together side by side with humans. But recent advances have led to safer, more adaptable and user-friendly machines. Experts have posited that developing robots with artificial intelligence (AI) that make human operators’ lives easier is the key component in what is described as the era of smart technology.


It’s been estimated that, by the year 2045, robots will be capable of performing every job that humans can do. And because of new developments in user-friendly automation, it would seem the prediction is on track: the industrial machine market has doubled since 2014 and is expected to reach about $2 trillion worldwide by 2018, reported IHS GlobalSpec. 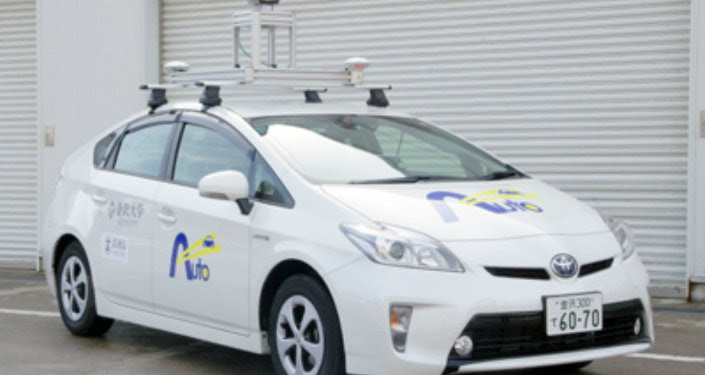 © KANAZAWA UNIVERSITY
Driverless Cars Set to Hit Roads in Japan With Roadtest Project
The International Federation of Robotics estimates 225,000 industrial robots were sold worldwide in 2014, up 27% from 2013, in particular within the automotive and electronics industries.

One of the most user-friendly new models, Rethink Robotics' Baxter, is one of the most affordable collaborative robots on the market with a base price of $25,000. Baxter includes sensors and actuators that allow it to react and adapt to changes in its surroundings. And, with its simple graphical user interface, it allows users to train and modify its automation tasks.


Robots also have a role to play in the human healthcare market. Jeff Burnstein, president of the Association of Advancing Automation, cited exoskeletons as an example of collaborative robots, wherein a wearable bionic exoskeleton “enable[s] individuals with any amount of lower extremity weakness to stand up and walk over ground with a natural, full weight bearing, reciprocal walk.” 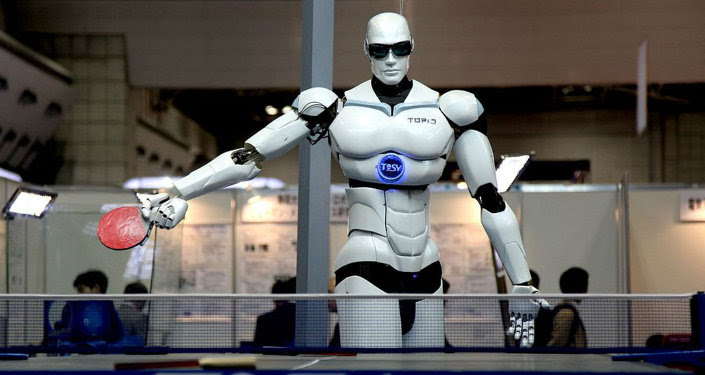 © FLICKR/ GLOBAL PANORAMA
Pentagon Wants Real Artificial Intelligence
“This technology provides a means for people with as much as complete paralysis, and minimal forearm strength, to stand and walk."
On the roads, program manager for the Defense Advanced Research Project Agency (DARPA) Gill Pratt cited the growing number of self-driving cars as another place where  human-robot collaboration is happening today.
“These cars aren't yet capable of safely operating at all speeds and in all conditions, so there's a role for both car and driver as co-pilots," Pratt said.
Pratt noted that, unlike much of the collaborative technology that exists today, humans in autonomous cars still need to work closely with onboard computer, which cannot control speed, fully interpret traffic signals, or predict crashes.
But Pratt said, in the future, “there will cease to be a collaboration with humans" in this arena, as the human driver slowly becomes more of a passenger as self-driving technology improves.
"The notion that humans can now work safely, side by side with a robot employee is both intriguing and groundbreaking," Burnstein told IHS GlobalSpec. "Collaborative robots have an innate ability to both fascinate and empower humans."

Posted by Brandon Adams at 3:32 PM